here’s to the movement 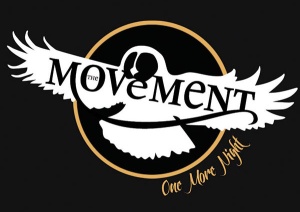 The Movement released their new album “One More Night“–buy it.

We could end the post as a cliffhanger, hopefully leaving you all in suspicion of the album forcing you to push the “purchase” button on iTunes. HOWEVER, we here at pbandjams.com are way too excited for this release not completely indulge you with our opinions of the new tracks. We have a special place in our hearts for these guys (thanks to j).

I could talk about every single track but I am going to limit my comments to two. The first track “I’m Gone” shows us the diversity and depth of the band that we haven’t really seen before. Jordan takes the song on solo and really makes you question why he doesn’t do this more often. His raspy, powerful ballads are nothing less than dynamite.

Track number 8 is a quintessential “on your feet rise to the beat” tune and I can already tell you it is going to be my summer anthem (Jersey shore weekend anyone?). “Area” combines hip-hop, reggae, and a little rock which is the perfect recipe to a dance your pants off song.
-c

Although they have performed many a show without him, I was skeptical of how the album would sound without Josh.  Not much of a surprise, Jordan has carried his own and proved his worth as the sole vocalist of the group.  Many of the songs have transformed from Jordan’s originals for what we/he thought were to be part of his solo album in 2010.  He transformed “The Feeling” from an acoustic ballad to a soft reggae jam with the accompaniment of Jay, Gary, and Jonny.  They still have The Movement sound that is unlike any other reggae album.  They fuse hip-hop, reggae, and a little bit of soul the create a chill sound that sets the mood for anything from tailgating and driving to beachin’ it.

I’m Gone is truly something special.  c’s right in that it’s soft and powerful at the same time as Jordan belts it from his soul.  I can’t say enough good things about this album.  Reggae is doing some big things this year!
-j